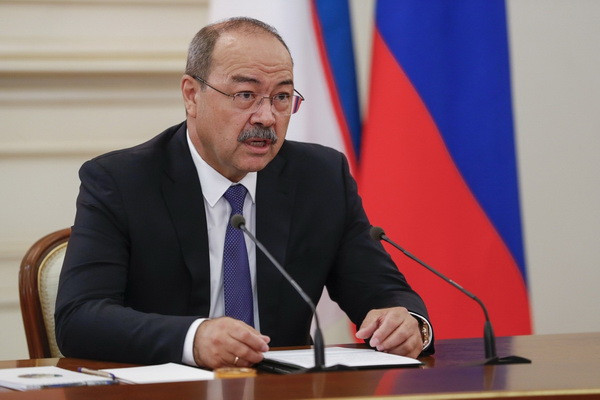 Tashkent, Uzbekistan (UzDaily.com) -- In September this year, the heads of Uzbekistan and Russia signed a declaration on a comprehensive strategic partnership. This document marks a new stage in the development of cooperation between the countries, Abdulla Aripov noted.

Russia is one of the largest trade and investment partners of Uzbekistan. Over the past 4 years, the trade turnover between the countries has increased more than 3 times, and over the 10 months of this year, its growth amounted to 30%.

The total volume of Russian investments in the economy of Uzbekistan is more than US$13 billion.

Industrial cooperation, as well as cooperation in the creation of joint high-tech industries, has great potential.

A system of institutions of interaction has been formed between the countries at all levels. The joint commission at the level of heads of government is actively working, and interregional cooperation is also developing.

"Cooperation between Russia and Uzbekistan is actively developing on the basis of the principles of openness, mutual trust, support, respect for each other’s interests," the Prime Minister of Uzbekistan said.

The governments of the two countries have been tasked with further deepening mutually beneficial cooperation.

The Prime Minister of Uzbekistan noted the high growth rates of trade and economic relations between the countries:

Since the beginning of 2022, trade volume has exceeded US$7.5 billion.

Its average dynamics is kept at the level of 30%.

By the end of the year, the figure could reach US$10 billion.

About 3 thousand enterprises with the participation of Russian capital operate in Uzbekistan.

Among the most promising areas of cooperation, Abdulla Aripov named:

Realization of potential in the field of tourism.