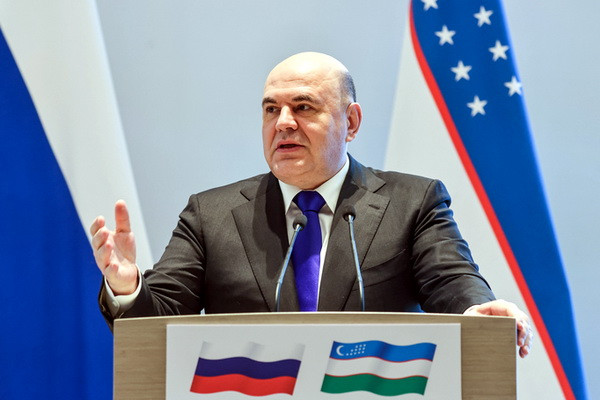 Mikhail Mishustin: it is difficult to overestimate the importance of dialogue and the mutual interweaving of our cultures

Mikhail Mishustin: it is difficult to overestimate the importance of dialogue and the mutual interweaving of our cultures

About 1 million Russians live in Uzbekistan. “The Russian language is treated with care here and it is widely used in interethnic communication,” the prime minister said.

In turn, many citizens of Uzbekistan live, study and work in Russia. For the current academic year, due to government scholarships, the quota for admission of Uzbek students to Russian universities has been increased by 1.5 times. There will be even more places like this next year.

Dialogue and mutual interweaving of cultures is also supported by exchange Days of Culture, which are held between countries.

Despite the difficult situation in world trade, following the results of last year, Russia became the main trading partner of Uzbekistan. Mutual trade has reached almost US$7 billion, and it is planned to increase it to US$10 billion in the future.

Within the framework of interregional cooperation, 80 subjects of the Russian Federation are actively working, there is a list of 54 joint projects worth more than US$1 billion.

Russia welcomes the expansion of Uzbekistan’s participation in the EAEU. Large-scale joint work has been carried out in a short period of time since obtaining observer status.

The prime minister expressed recognition to the leadership of the republic for their attentive attitude to the Russian language. Currently, joint projects are being actively promoted to improve the quality of teaching the Russian language in schools with the participation of Russian specialists.

“I propose to make the business forum an annual event, this initiative would be very useful for expanding our cooperation,” Mikhail Mishustin said.