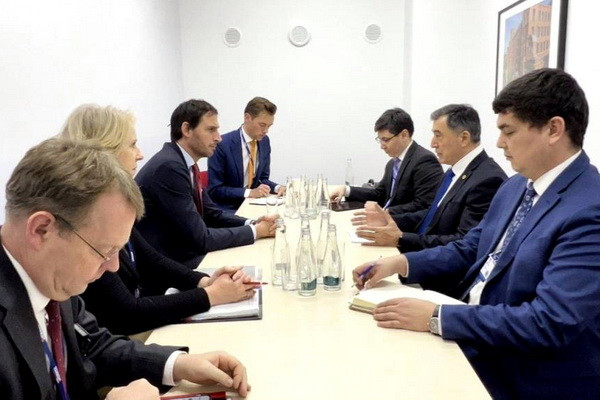 At the beginning of the conversation, the heads of the foreign ministries exchanged congratulations on the occasion of the 30th anniversary of the establishment of diplomatic relations between the Republic of Uzbekistan and the Kingdom of the Netherlands (on 24 November 1992).

The Dutch side is informed about the large-scale and dynamic reforms being carried out in Uzbekistan to liberalize the economy, strengthen guarantees for the protection of human rights, increase the role of the media in society, etc.

Specific measures were analyzed to increase mutual trade, attract Dutch capital to various sectors of the Uzbek economy, implement joint projects in the fields of agriculture, textiles, pharmaceuticals, IT and artificial intelligence.

The talks also included an exchange of views on regional and international issues. In this context, the parties confirmed their interest in continuing the dialogue on Afghanistan.

The ministers also considered issues of strengthening the inter-parliamentary dialogue, intensifying interaction in the cultural, humanitarian and other fields.