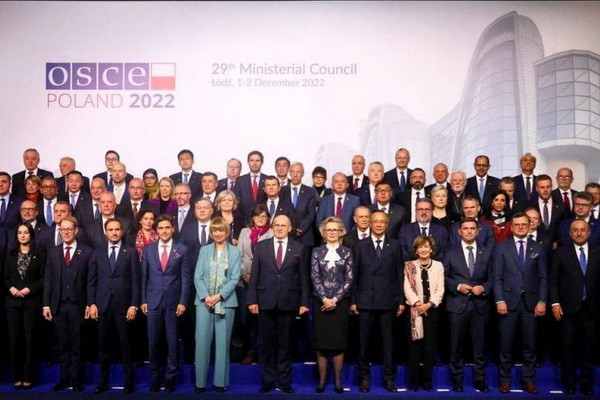 Norov: the goals and objectives of the Development Strategy of New Uzbekistan fully reflect the principles of the OSCE

Norov: the goals and objectives of the Development Strategy of New Uzbekistan fully reflect the principles of the OSCE

Tashkent, Uzbekistan (UzDaily.com) -- On 1 December 2022, the 29th meeting of the Council of Foreign Ministers of the Organization for Security and Cooperation in Europe (OSCE) was held in Lodz (Poland).

The meeting was attended by the leaders of the OSCE and its affiliated structures, the Ministers of Foreign Affairs of the member states of the Organization.

In his speech, the head of the Ministry of Foreign Affairs of Uzbekistan informed the participants of the event about the large-scale and dynamic reforms being carried out under the leadership of the President of Uzbekistan Shavkat Mirziyoyev aimed at deepening democratic transformations in all spheres of the country’s life.

As noted, the goals and objectives of the New Uzbekistan Development Strategy for 2022-2026 adopted this year fully reflect the principles of the OSCE.

It was emphasized that Uzbekistan intends to resolutely protect human rights and dignity, ensure the openness of the media, the independence of the judiciary and the rule of law, freedom of religion, fight corruption and is determined to expand and deepen cooperation with the OSCE in these areas.

The head of the Foreign Ministry of our country stated that the initiated process of constitutional reform is aimed at creating a solid legal basis for the implementation of long-term strategies for the development of New Uzbekistan and ensuring the irreversibility of democratic reforms.