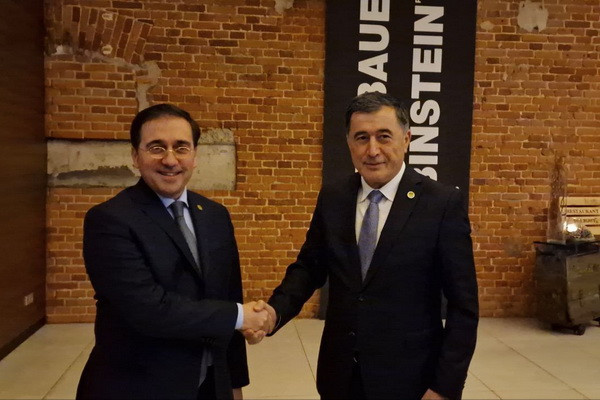 Foreign Ministers of Uzbekistan and Spain hold talks in Lodz

Foreign Ministers of Uzbekistan and Spain hold talks in Lodz

The heads of the foreign ministries of Uzbekistan and Spain discussed the current state and prospects for the development of the Uzbek-Spanish multifaceted cooperation.

As noted, Uzbekistan considers Spain a reliable and promising partner in Europe and welcomes Madrid's plans to open an embassy in Tashkent in the near future.

The parties stated the fruitful results of the seventh round of Uzbek-Spanish political consultations held in March this year and expressed their readiness to continue the dialogue in this format.

Concrete proposals were considered to increase the indicators of foreign economic relations, intensify direct contacts between the business circles of the two countries, implement joint promising projects, organize a visit of leading Spanish companies to Uzbekistan to explore the possibilities of the market of our country.

The ministers exchanged views on strengthening cooperation in the tourism, cultural, humanitarian and educational fields.