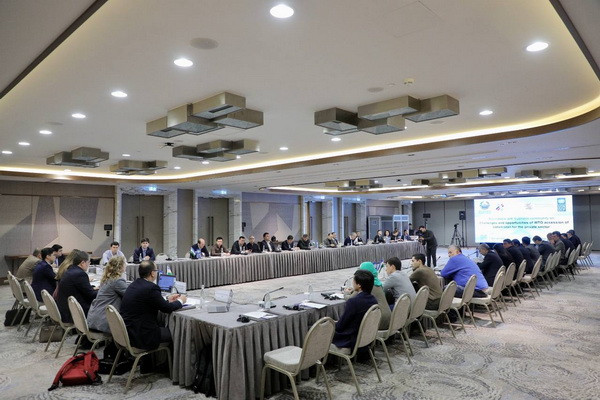 Tashkent, Uzbekistan (UzDaily.com) -- On 1 December 2022, the Hilton Tashkent Hotel hosted a round table organized by the Ministry of Investment and Foreign Trade jointly with UNDP, the UNCTAD/WTO International Trade Center and the WTO Secretariat.

The event, dedicated to the impact of the accession of the Republic of Uzbekistan to the World Trade Organization (WTO) on various sectors of the economy, was attended by Deputy Minister of Investment and Foreign Trade Badriddin Abidov, UNDP Resident Representative in Uzbekistan Matilda Dimovska, representatives of the Chamber of Commerce and Industry, the private sector of the republic, business circles and international organizations, as well as foreign experts.

In her speech, UNDP Resident Representative in the Republic of Uzbekistan Matilda Dimovska highly appreciated the work carried out by Uzbekistan in the framework of its accession to the WTO. These aspirations of the country, in her opinion, stimulate the implementation of sustainable development goals and deepen trade liberalization reforms aimed at economic growth and ensuring the well-being of the population.

During the round table with the business community, the role of the private sector in the process of joining the WTO, the impact and possible consequences of joining the Organization for various sectors of the country’s economy and other aspects were discussed.

The chief negotiators for the accession of Georgia and Tajikistan to the WTO, M. Janelidze and S. Nasirzoda, acquainted the participants of the event with the experience of these countries in joining the Organization and the work done to mitigate the negative consequences of accession for the private sector of these countries.

The representative of the accession department of the WTO Secretariat, Khusrav Rasulov, emphasized the active and systematic work carried out by the Uzbek side in preparing and organizing the 5th meeting of the Working Group on Uzbekistan’s accession to the WTO, and noted the ongoing consistent steps to further advance the process of the republic’s accession to the Organization.

Following the results of the round table, the participants spoke in favor of actively continuing the dialogue between representatives of the public and private sectors in the process of Uzbekistan’s accession to the WTO.