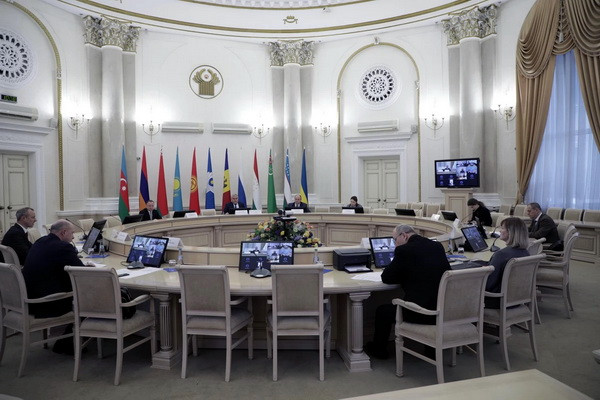 Tashkent, Uzbekistan (UzDaily.com) -- On 30 November 2022, the twenty-fifth meeting of the Joint Commission of the States Parties to the Agreement on Cooperation between the CIS countries in the fight against illegal migration was held via videoconference.

Opening the meeting, Bekbolot Mamanov, Deputy Director of the Department for Security Cooperation and Countering New Challenges and Threats of the CIS Executive Committee, noted that migration policy is a priority area of integration in the Commonwealth.

“This is confirmed by the Statement of the Heads of States of the CIS on the development of cooperation in the field of migration, adopted on 15 October 2021, which outlines the most important and promising tasks for improving joint activities in this area, and the success of their implementation depends on the coordinated work of the relevant bodies of the Commonwealth, including and the Joint Commission,” said Bekbolot Mamanov.

He focused the attention of the audience on the need to continue the implementation of measures in the field of migration and countering its illegal component, defined by the Concept for the Further Development of the CIS, the Economic Development Strategy of the CIS for the period up to 2030, action plans for their implementation and the Interstate Program of Joint Measures to Combat Crime for 2019– 2023 years.

The meeting participants exchanged information on the activities carried out in the territories of the CIS member states in the field of combating illegal migration, including illegal labor activities carried out by migrant workers, and measures to strengthen control over migration flows. We considered the problematic issues arising in the course of the conclusion and practical implementation of existing bilateral agreements on readmission between the CIS member states, as well as proposals for the preparation by the Joint Commission of draft methodological recommendations on this issue.