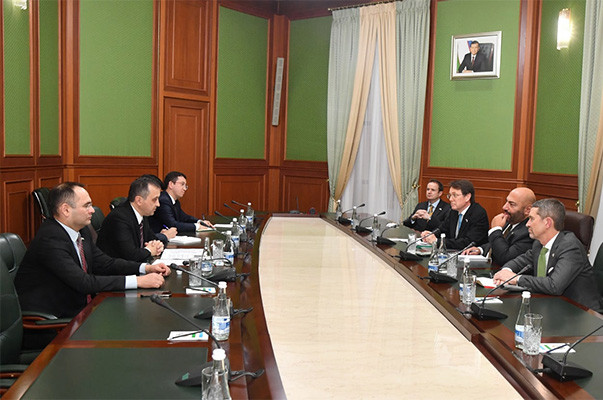 Tashkent, Uzbekistan (UzDaily.com) -- On 30 November 2022, Deputy Minister of Foreign Affairs of the Republic of Uzbekistan Gairat Fozilov met with His Majesty’s Commissioner for Trade in Eastern Europe and Central Asia Kenan Poleo and Director General of the Ministry of International Trade E. Mitchell, who arrived in our participation in the 26th meeting of the Uzbek-British Council of Commerce and Industry.

During the conversation, the state and priority areas for the further development of Uzbek-British cooperation were discussed.

The practical aspects of building up bilateral cooperation in the trade, economic and investment spheres are considered in detail.

Mutual interest was expressed in expanding business contacts and implementing joint projects. Mutual readiness was noted for further expansion of bilateral trade, attraction of direct British investments and advanced technologies to the economy of Uzbekistan.