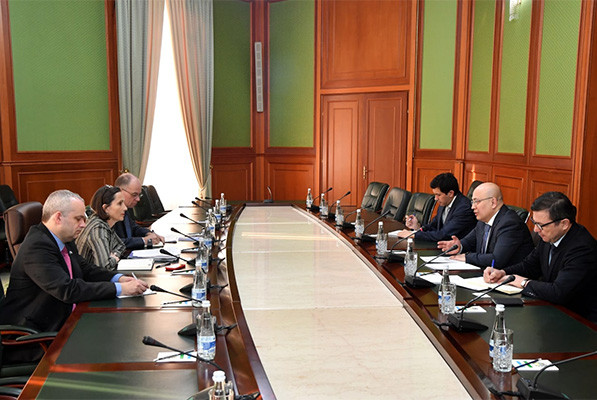 The sides discussed issues of strengthening economic diplomacy, in particular, topical areas for further strengthening and developing cooperation between Uzbekistan and the European Union in the areas of investment, trade, finance, training and other areas.

The European diplomat highly appreciated the results of the ministerial meeting and the International Conference on Connectivity between the EU and Central Asia in Samarkand on 17-18 November 2022. Adrian noted that such events contribute to strengthening the interaction between the two regions.

The parties stressed that with the granting of the status of a beneficiary country of the GSP + system to Uzbekistan in April 2021, the possibilities of duty-free supplies of a wide range of Uzbek products to the EU countries are expanding.

Following the meeting, an agreement was reached on holding a regular dialogue between the Foreign Ministry and the EU Delegation in Uzbekistan in order to ensure the implementation of the agreements reached in the economic sphere.