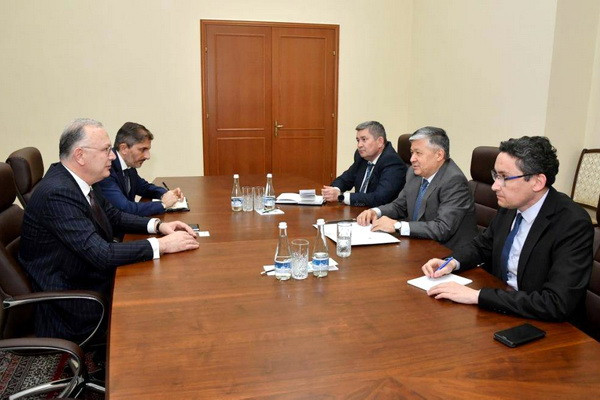 Tashkent, Uzbekistan (UzDaily.com) -- On 29 November 2022, Deputy Minister of Foreign Affairs of the Republic of Uzbekistan Bahrom Aloev received the Ambassador Extraordinary and Plenipotentiary of Georgia to our country Zurab Abdushelishvili.

An exchange of views took place on the implementation of the previously reached agreements.

The importance of continuing exchanges between the parliaments, governments, ministries and departments of the two countries was noted.

The schedule of upcoming events at various levels, including the next meeting of the Intergovernmental Commission on Trade and Economic Cooperation, was considered.

An agreement was reached to hold the next round of political consultations between the Ministries of Foreign Affairs of Uzbekistan and Georgia in the first quarter of 2023.

The readiness of the parties to increase cooperation in the sphere of economy, transport, tourism and culture was confirmed.