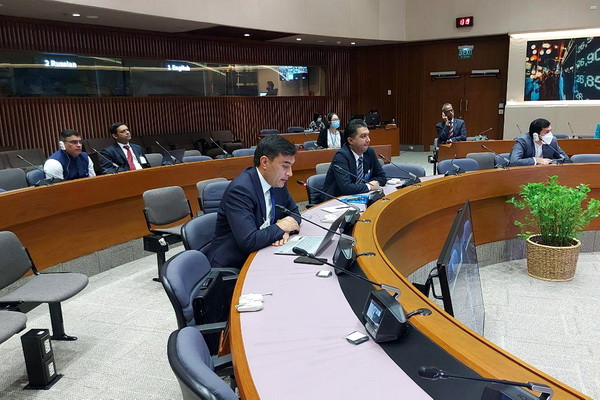 Tashkent, Uzbekistan (UzDaily.com) -- International transport corridors are important for the development of trade and economic cooperation between countries, as well as for strengthening regional economic integration.

Against the backdrop of an increase in the volume of traffic between Asia and Europe, the task of increasing the capacity and stabilizing the functioning of international transport corridors, including multimodal ones, is becoming increasingly urgent.

Issues related to the development of international transport corridors were discussed during the round table “North-South Corridor: Opportunities and Challenges” held in Bangkok as part of the 7th plenary meeting of the ESCAP Committee on Transport.

In the Development Strategy of New Uzbekistan, one of the priority areas is to increase transit opportunities, create "green corridors" for foreign trade and increase the volume of transit cargo.

One of the mechanisms for the implementation of this direction is the development of multimodal transportation of goods transported in the "North-South" direction through the Republic of Uzbekistan, including the Trans-Afghan corridor ("Termez - Mazar-i-Sharif - Kabul - Peshawar").

In this regard, the Center for the Study of Problems of the Development of Transport and Logistics under the Ministry of Transport of the Republic of Uzbekistan, together with Uzbekistan Temir Yollari JSC, proposes and calculates various options for reorienting cargo from existing transport corridors, mainly maritime ones, to new short routes, including, among other things, passing through the territory of Uzbekistan.

Director of the Center for the Study of Transport and Logistics Development under the Ministry of Transport of the Republic of Uzbekistan Bekzod Kholmatov, who took part in the event, informed in detail about this.