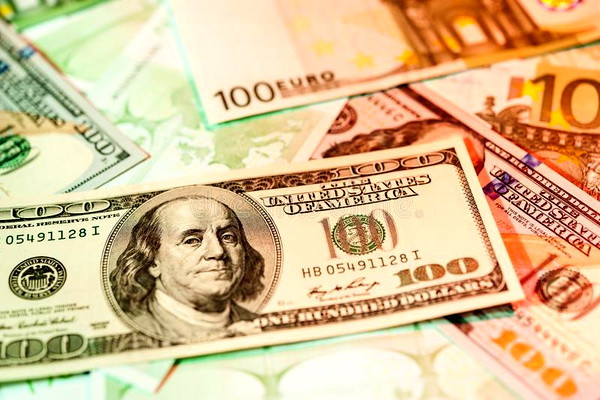 Tashkent, Uzbekistan (UzDaily.com) – In ten months of 2022, the total trading volume on the Uzbekistan Republican Currency Exchange (UzRCE) reached its record high of 549.38 trillion soums, the increase relative to the same indicator of last year amounted to 86.15%.

Currency spot transactions, as well as currency swap operations, are carried out on the UzRCE currency market. To date, instruments have been introduced for USD/UZS, EUR/UZS, RUB/UZS and CNY/UZS currency pairs. For the period from January to October 2022, the total volume of trading in the foreign exchange market amounted to 264.47 trillion soums, which is 1.6 times more than the same indicator of last year (164.92 trillion soums).

In order to provide participants of exchange trading with additional trading opportunities, from 3 October 2022, trading in currency futures contracts was launched for the first time on the new in-house trading platform of the UzRCE currency market, the underlying asset of which is the US dollar against the soum. On 1 November 2022, first deals were conducted.

The new exchange instrument offered to market participants will allow to hedge currency risks, as well as receive income from price changes.

In addition, in connection with the launch of trading in futures contracts on the foreign exchange market, the UzRCE introduced a default management system and the activities of liquidity providers, closely related to the activities of the central counterparty, which contributed to the expansion of risk management mechanisms.

At the same time, while carrying out the activities of the central counterparty, UzRCE assumes the risks that may arise as a result of the inability of participants in exchange trading to fulfill their obligations in cash in national and foreign currencies.

The UzRCE money market is represented by the interbank deposit market, where deals are made to place / raise funds for a period of 1 day to a year, as well as deposit auctions of the Central Bank to attract funds from commercial banks.

The total volume of trading in the money market in January-October 2022 amounted to 201.88 trillion soums and exceeded the same indicator of the previous year (107.69 trillion soums) by 87.46%.

In the secondary market of government securities for the reporting period, transactions were concluded in the amount of 8.21 trillion soums, the increase in volumes relative to the indicator for the last year (1.69 trillion soums) amounted to more than 4.8 times.

The volume of REPO transactions with government securities amounted to 542.62 billion soums, which is 79.34% less than last year.

As of 31 October 2022, the volume of debt securities held in the accounting registers of the UzRCE depository at par value increased almost 2 times compared to the previous year.

In terms of maturity, securities with a maturity of up to one year prevail. However, in 2022, there is an increase in the share of medium-term and long-term securities in circulation.

UzRCE is the largest and multifunctional exchange platform of the republic - the organizer of exchange trading in the foreign exchange, money and derivatives markets, as well as the government bond market, with a unique integrated system that includes trading floors, a settlement and clearing system and a depository.