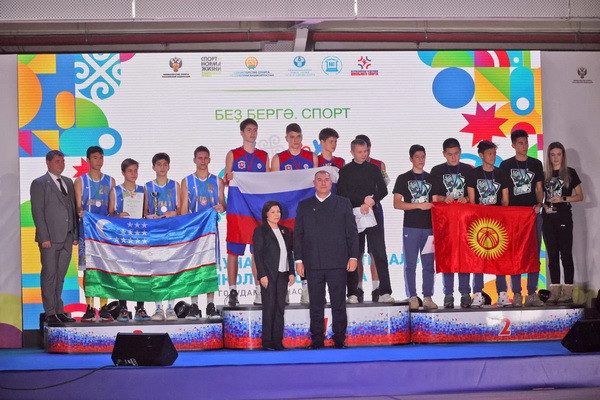 Tashkent, Uzbekistan (UzDaily.com) -- The IX International School Sports Festival of the CIS countries was held in Ufa. More than 400 schoolchildren aged 13-15 from Azerbaijan, Armenia, Belarus, Kazakhstan, Kyrgyzstan, Moldova, Russia, Tajikistan and Uzbekistan took part in competitions in six sports. This was reported by the press service of the CIS Executive Committee.

The Festival was organized by the Ministry of Sports of Russia and the All-Russian Federation of School Sports with the support of the Government of the Republic of Bashkortostan. The operator is RK-Sport, the sports platform of the Roscongress Foundation.

“The festival in Ufa is an example of how a sporting event becomes a bridge of friendship. Sport opens many doors - the guys get to know each other, communicate, fill their gadgets with new addresses and contacts. Schoolchildren at the festival not only participate in competitions, but also learn about the culture of other countries, get acquainted with the traditions of Russia and, most importantly, help us, adults, speak the same language and strengthen our friendly relations, ”said the project manager, three-time Olympic champion in figure skating Irina Rodnina.

The Russian team won tournaments among youths in futsal and basketball. Girls from Kyrgyzstan won in basketball. Young men from Armenia excelled in volleyball and chess. Girls from Azerbaijan won the volleyball tournament. The national team of Bashkortostan, which acted as a separate team, won in badminton and table tennis.

Most of the competitions were hosted by the Sports Training Center of Bashkortostan named after 13-time Paralympic Games champion Rima Batalova. This unique sports complex, which opened in 2019, has created conditions for training in 49 sports. A number of matches and tournaments were also held in the sports halls of secondary schools.

A rich cultural and entertainment program was prepared for the festival participants with sightseeing tours of Ufa, visits to the theater, a visit to the Salavat Yulaev hockey match and other events.

The agreement on holding the festival in Ufa was signed by the Head of Bashkortostan R. Khabirov and the President of the School Sports Federation of Russia I. Rodnina this summer at the XXV St. Petersburg International Economic Forum.