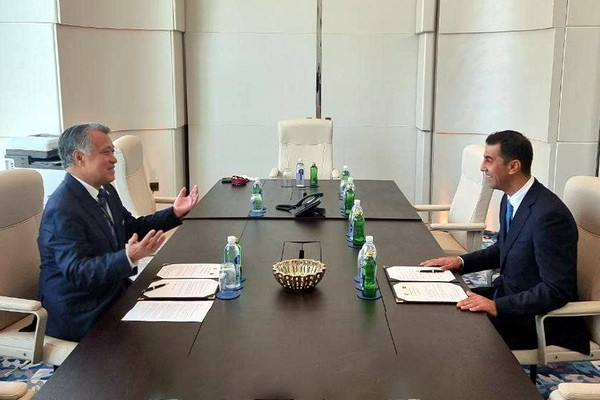 Football associations of Uzbekistan and Japan sign a memorandum of cooperation

Football associations of Uzbekistan and Japan sign a memorandum of cooperation

Tashkent, Uzbekistan (UzDaily.com) -- The heads of the football associations of Uzbekistan and Japan held a meeting to discuss issues on the development of bilateral cooperation.

It was noted that efforts to develop football between the two countries have reached a new stage. It was recognized that Japanese football has its own authority in the international arena.

“Cooperation with Japan has reached a new level in recent years. In particular, extensive scientific ties have been established in the field of sports medicine. Japanese specialists work in our women’s team, Japanese specialists exchange experience with Uzbek doctors. In addition, national teams of different ages, in particular the women’s team of Uzbekistan, take part in international competitions held in Japan. In turn, the youth team of Japan also took part in the tournament held in our country. We will not stop there. We plan to continue organizing such matches in the future,” said Ravshan Irmatov, First Vice President of the Uzbekistan Football Association.

The head of the Japan Football Association, Kozo Tashima, said he was satisfied with the bilateral friendship and cooperation with Uzbekistan, and also expressed his readiness to jointly implement new promising projects.

The parties discussed the exchange of mutual experience in the field of development and popularization of football, organization of international competitions between national teams, retraining of sports medicine and football specialists, etc.

During the meeting, a memorandum was signed between the parties. The document provides for the direction of the analysis of the physical condition of football players during training and games, as well as the establishment of cooperation in the field of sports medicine and injury prevention.