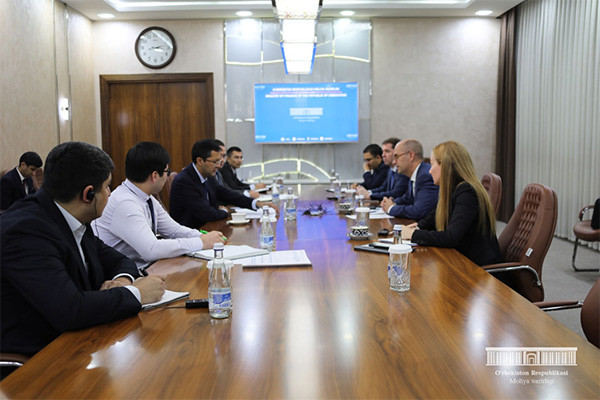 The IMF side was represented by the head of the fund's mission to Uzbekistan Ron Van Rooden, the permanent representative of the IMF in our republic Kevin Ross and Senior Economist Christine Richmond.

From 7 to 15 November 2022, the mission of the International Monetary Fund headed by Ron van Ruden held meetings with representatives of state bodies of Uzbekistan to discuss the current economic situation, prospects and policy priorities.

The meeting reviewed the report prepared following the visit of the IMF representatives, which gave a high assessment of the structural reforms carried out in recent years. Ron Van Rooden noted that Uzbekistan's economy continued to show high performance despite new difficulties. Remittances have more than doubled, which, combined with continued fiscal support and sustained trade, has contributed to economic activity and growth. As a result, Uzbekistan's economy is projected to grow by almost 6% in 2022.

Structural market reforms are continuing despite unfavorable factors, so that the private sector plays a leading role in accelerating growth. This, taking into account the impressive progress already achieved, will entail a reduction in the still large role of the state in the economy and further improvement of the business environment.

The tasks for the next year, when a slowdown in the growth of the world economy is predicted, are also considered. The necessity of further curbing inflation, taking appropriate measures of monetary and budgetary policy, continuing the privatization of state-owned enterprises and banks, strengthening competition and creating equal conditions for business, expanding the digitalization of public services, strengthening trade integration and regional cooperation was emphasized. It was noted that deepening the ongoing reforms will help achieve the goal of turning Uzbekistan into an upper-middle-income country by 2030.

At the end of the meeting, the directions of further bilateral cooperation were determined.