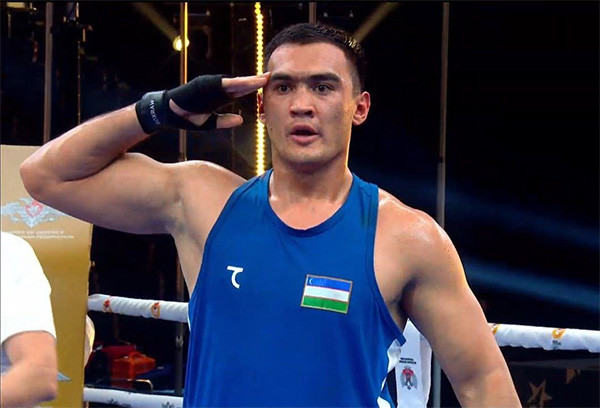 Tashkent, Uzbekistan (UzDaily.com) -- Lazizbek Mullojonov won a gold medal at the Asian Boxing Championship in the weight category over 92 kg.

In the final of the continental championship, he defeated Kamshibek Konkabaev from Kazakhstan. He won the sixth gold medal of the national team of Uzbekistan.