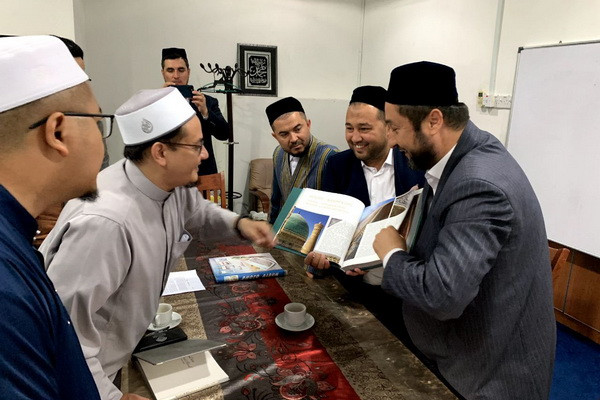 Pilgrimage tourism: Uzbekistan may become one of the best destinations for Malaysian tourists

Pilgrimage tourism: Uzbekistan may become one of the best destinations for Malaysian tourists

Tashkent, Uzbekistan (UzDaily.com) -- A delegation of the Ministry of Tourism and Cultural Heritage as part of the Main Department of Bukhara region and the khokimiyat of the Bukhara region visited Malaysia. This visit was carried out in accordance with the instructions of the President of the Republic of Uzbekistan on the development of pilgrimage tourism and international relations.

Issues of further development of pilgrimage tourism between the two countries were discussed at the meetings. In particular, it was emphasized that in order to increase the flow of tourists, it is necessary to establish regular direct flights between the countries and conduct a price alternative.

“Frequent flights between Tashkent and Kuala Lumpur will undoubtedly contribute to the development of tourism ties between the countries,” said Mufti of Perlis Malaysia Mohd Asri bin Zainul Abidin.

During the talks, the Malaysian side highly appreciated the initiatives of the leadership of Uzbekistan to study and popularize the rich cultural and spiritual heritage of the country.

The meeting resulted in the creation in 2023-2024 at the Museum of Islamic Art in Kuala Lumpur of an exposition on the topic "Uzbekistan - Center of Islamic Culture" (together with the Ministry of Tourism and Cultural Heritage and the Khokimiyat of Bukhara region), the allocation of educational grants to gifted students from low-income families of Uzbekistan for undergraduate studies at Al-Bukhari International University in the 2023-2024 academic year.

Agreements were reached on cooperation between Malaysian Kuala Lumpur Airport and Bukhara International Airport, as well as on other important issues.

It should be especially noted that Said Abdul Karim, head of the World Sufi Center in Malaysia, noted that with the establishment of direct flights from Kuala Lumpur, Jakarta, Dhaka, Karachi, Delhi to Bukhara, it will be possible to annually organize trips of thousands of tourists to Uzbekistan.

As a result of negotiations in Kuala Lumpur, an agreement was also reached on holding the Naqshbandiya festival in Bukhara in the spring of 2023.

In addition, proposals were put forward to organize charter flights of Malaysian pilgrims to Bukhara under the Umra + program.