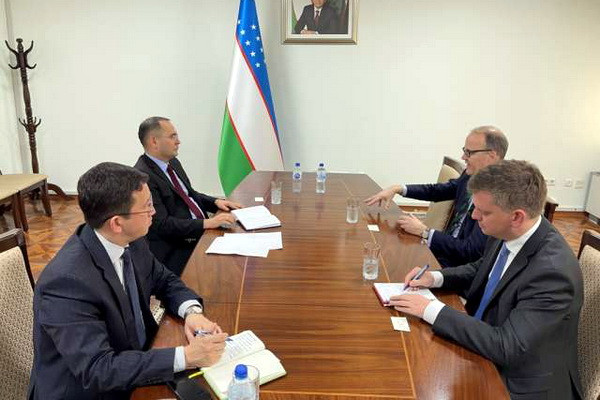 Tashkent, Uzbekistan (UzDaily.com) -- On 30 September 2022, a meeting was held at the Ministry of Foreign Affairs with the Ambassador of Norway to Uzbekistan (with residence in Oslo) John Mikal Kvistad.

During the talks, the current state and prospects of bilateral cooperation were discussed, and views were exchanged on topical regional and international issues.

Agreements were reached on the organization in October 2022 the visit of the Uzbek delegation to Oslo to conduct the final round of negotiations on the draft Agreement on readmission between Uzbekistan and Norway, as well as to study the issue of holding the next round of political consultations between the two countries this year in Oslo.

Following the meeting, an agreement was reached to continue joint work to saturate the bilateral agenda with new practical measures.