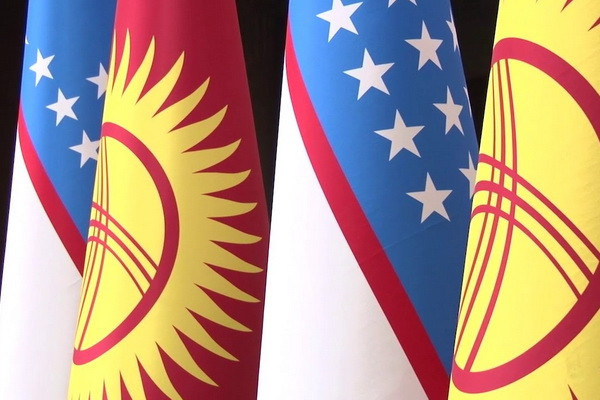 Tashkent, Uzbekistan (UzDaily.com) -- On 29 September, a round table was held in Bishkek on the topic "The state and prospects for the development of cooperation between Uzbekistan and Kyrgyzstan", organized by the Institute for Strategic and Interregional Studies under the President of the Republic of Uzbekistan together with the National Institute for Strategic Studies under President of the Kyrgyz Republic (NISI).

From the Uzbek side, the event was attended by representatives of the Embassy of Uzbekistan in Kyrgyzstan, as well as experts from the ISMI and the International Institute of Central Asia.

During the meeting, a thorough exchange of views took place on the reforms being implemented in the two countries in key areas of politics, economy and society. Issues on the international and regional agenda were considered, including the further expansion of mutually beneficial cooperation between Uzbekistan and Kyrgyzstan. It was noted that in the context of growing geopolitical tensions and a crisis of confidence in the world, the countries of Central Asia need to strengthen interaction as an important condition for sustainable development.

The main results of the historic Samarkand SCO summit were also discussed. The participants of the round table paid special attention to the Samarkand initiative of solidarity for the sake of common security and prosperity, put forward by the President of Uzbekistan Shavkat Mirziyoyev during the SCO forum. It was emphasized that it is designed to unite states and peoples with different economies, geography, and culture for joint reflection and search for new approaches to ensuring security and sustainable development.

The opinion was expressed that the initiative would allow the formation of a new global dialogue platform on topical issues of our time, free from geopolitical rivalry, cultural and value differences and ideological bias.

Considering the development of bilateral relations, the experts noted the need to intensify joint activities in order to find new points of growth. It was emphasized that all conditions have been created to promote fruitful cooperation.

The parties noted with satisfaction that a trusting dialogue has been established between the leaders of the two countries, which contributes to the further deepening of the multifaceted strategic partnership, as evidenced by the recent dynamics of meetings of the heads of state. So, only this year, Shavkat Mirziyoyev and Sadyr Japarov met on the sidelines of the Consultative Meetings of the Heads of State of Central Asia (on 21 July), the SCO Summit (on 15-16 September), the Winter Olympic Games in Beijing (on 4-5 February), etc.

In 2021, the trade turnover between the countries reached US$952.6 million, an increase of 5% compared to the previous year. In the first half of the year, this figure amounted to US$589.2 million. There are 263 enterprises operating in Uzbekistan with the participation of Kyrgyz capital.

In order to finance promising projects, the Uzbek-Kyrgyz Development Fund was launched.

A new impetus to deepening cooperation in the trade and economic sphere will be given by the practical implementation of the Cooperation Agreement signed on the sidelines of the forum in Samarkand on the China-Kyrgyzstan-Uzbekistan railway construction project.

The experts agreed that its implementation will significantly shorten the route from East Asia to the countries of the Middle East and Southern Europe - up to 900 kilometers, as well as the delivery time of goods - by 7-8 days. This will have a positive impact on the growth of mutual trade between Central Asia and the countries of East Asia and Europe, as well as the export potential of the entire Central Asian region by reducing the cost of exports and imports of goods.

It was emphasized that the development of cooperation between the analytical centers of the two countries will help strengthen friendly relations, search and find new areas of bilateral cooperation.