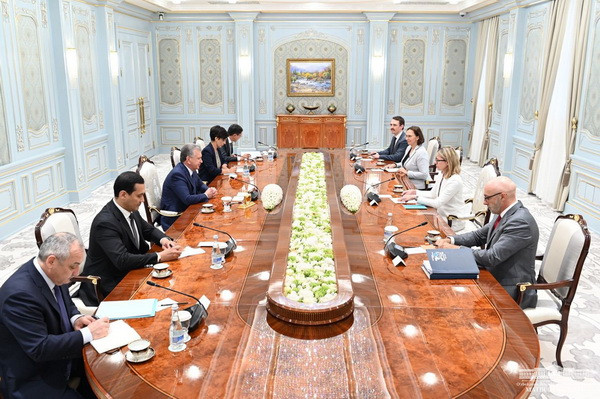 Tashkent, Uzbekistan (UzDaily.com) -- On 30 September, President of the Republic of Uzbekistan Shavkat Mirziyoyev received a World Bank delegation headed by Vice President Anna Bjerde, who is in our country on a working visit.

The practical aspects of the further development of the strategic partnership of Uzbekistan with this authoritative international financial institution, as well as the expansion of cooperation in promoting the program of the most important socio-economic reforms in our country were considered.

At the beginning of the meeting, the head of state sincerely congratulated Anna Bjerde and the World Bank team on the 30th anniversary of fruitful cooperation.

The high dynamics and effectiveness of the partnership in recent years were especially noted. The portfolio of joint projects over this period increased almost 4 times and exceeded US$8 billion.

Over the past year alone, in accordance with the roadmap, the World Bank approved the financing of 6 priority projects worth US$1 billion in agriculture, energy, ecology, the financial sector and other areas.

With the active support of the Bank, Uzbekistan is currently successfully implementing complex transformations in the agricultural, energy and transport sectors. The World Bank adopted the Country Program until 2026, which is synchronized with the Development Strategy of New Uzbekistan.

Vice President Anna Bjerde praised the progress of reforms in our country and reaffirmed the Bank’s commitment to further expanding the full partnership.

Readiness was emphasized for further expansion of expert and financial support to accelerate transformations in key areas, such as improving the standard of living in rural areas, privatizing state-owned enterprises, transforming agriculture, increasing the energy efficiency of the economy, modernizing education and healthcare, improving the business environment and investment climate.

Particular attention was paid to issues of assistance in the implementation of strategic regional projects aimed at ensuring stability and sustainable development in Central Asia.

Following the meeting, an agreement was reached on the adoption of an updated road map to expand the partnership between Uzbekistan and the World Bank in key areas.