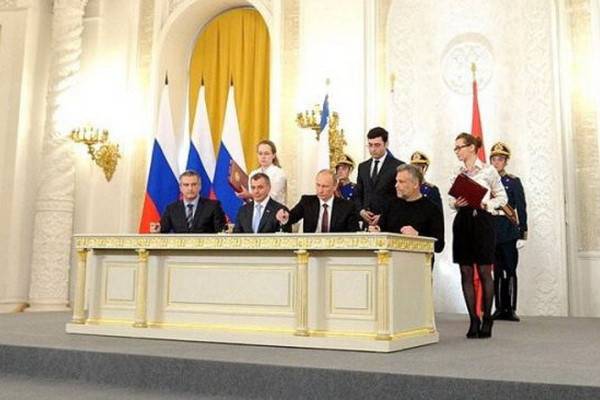 The documents were signed by Vladimir Putin and the heads of regions: Denis Pushilin, Leonid Pasechnik, Evgeny Balitsky and Vladimir Saldo.

At the ceremony, the President of Russia stressed that the residents of the republics of Donbass, Kherson and Zaporozhye regions voluntarily decided to be with Russia.

“Behind the choice of millions of residents in Donetsk and Lugansk People’s Republics, in Zaporozhye and Kherson regions lies our common destiny and thousand-year history. They made a choice - to be with their people, to be with the Motherland, to live its fate, to win together with it.

Russian President Vladimir Putin spoke at the signing ceremony for the Donetsk and Lugansk People’s Republics, Zaporozhye and Kherson regions in the Kremlin to join the Russian Federation.

After the signing ceremony, the Russian anthem was played. Pushilin, Pasechnik, Balitsky and Saldo listened to him, standing next to Putin.

The Federal Assembly will conduct and approve all the necessary procedures in the coming days, said the speaker of the Federation Council, Valentina Matvienko.