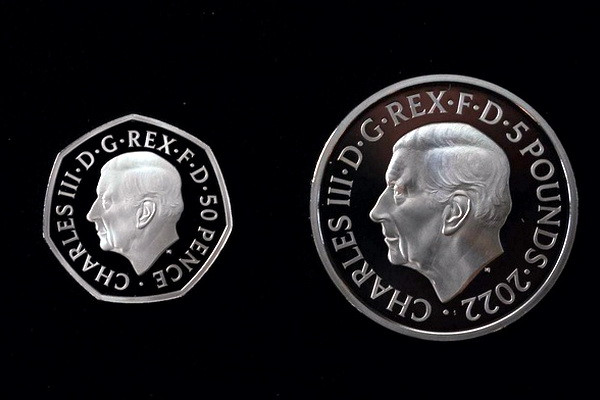 The first coins depicting Charles III were presented in the UK

The first coins depicting Charles III were presented in the UK

Tashkent, Uzbekistan (UzDaily.com) -- The Royal Mint of Great Britain showed coins of £5 and 50 pence with the image of King Charles III. The coins were designed by British sculptor Martin Jennings.

Charles III is depicted without a crown. In keeping with royal and numismatic tradition, its profile faces to the left. Along the edges of the coin is written in Latin "King Charles III, by the grace of God, defender of the faith" (lat. Dei Gratia Rex Fidei Defensor). The image will appear on the 50 pence coin. It will go into circulation in December.

On the other side of the £5 coin, two portraits of Elizabeth II are depicted and the years of her reign (1926–2022) are written. A special collection of coins will be released on Monday, 3 October, according to a press release on the Royal Mint website.