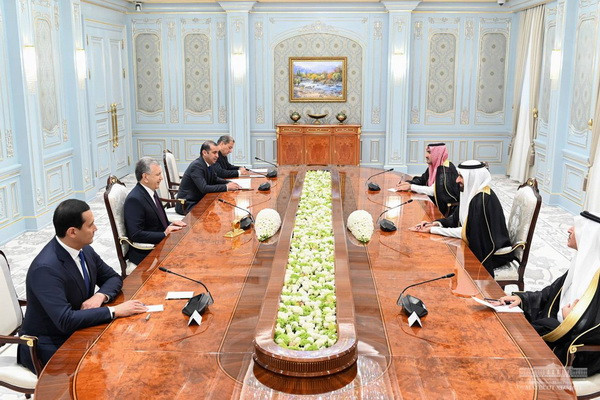 Tashkent, Uzbekistan (UzDaily.com) -- On 29 September, President of the Republic of Uzbekistan Shavkat Mirziyoyev received a delegation from the Kingdom of Saudi Arabia headed by Minister of Hajj and Umrah Tawfiq bin Fawzan al-Rabiah.

Issues of expanding mutually beneficial cooperation in the field of organizing pilgrimage programs and visiting shrines of the Muslim world, including creating even more favorable and comfortable conditions for the stay of our citizens in Saudi Arabia, were discussed.

At the beginning of the meeting, the Minister of Hajj and Umrah Affairs conveyed sincere greetings and best wishes to the head of our state from the Servant of the Two Holy Mosques, King Salman bin Abdulaziz Al Saud of Saudi Arabia and the Crown Prince, Prime Minister Muhammad bin Salman Al Saud.

It was especially noted that the current visit of the Saudi delegation is carried out in the development of the high-level agreements reached during the historic state visit to Saudi Arabia in August this year.

During the conversation, an agreement was reached to double the quota for citizens of Uzbekistan for the Hajj - up to 24,000 per year, as well as Umrah - up to 100,000 pilgrims.

The issues of promoting the practical implementation of trade, economic and investment cooperation projects, introducing best practices in the field of digitalization, increasing the flow of Saudi tourists to Uzbekistan, taking into account the current visa-free regime, establishing partnerships between leading research centers of the two countries were also considered.