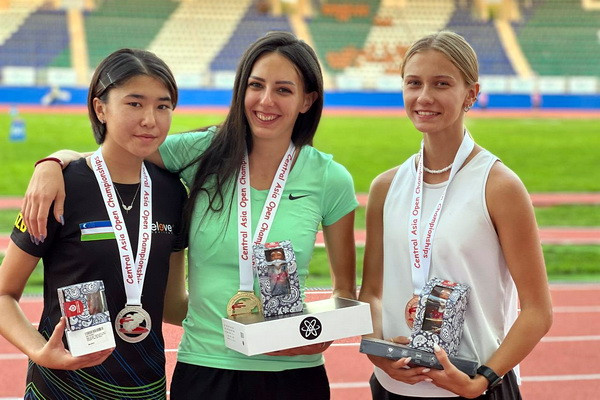 Tashkent, Uzbekistan (UzDaily.com) -- From 24 to 25 September 2022, the IV Open Championship of Central Asia in athletics was held in Samarkand.

The team event was won by the team of Uzbekistan, which won 79 medals (25 gold, 27 silver and 27 bronze medals). Turkmenistan finished the second (3 gold, 5 silver and 3 bronze medals), Kyrgyzstan – third (3 gold, 3 silver and 1 bronze medals). In total, 56 sets of awards in 41 athletics disciplines were played within the framework of international competitions.

For the first time, Samarkand became the venue for the Central Asian Open Championship in athletics. More than 300 athletes from 11 countries took part in international competitions. Participation in competitions gave each athlete the opportunity to improve personal results and change their position in the World Athletic rating system.

Despite the fact that this championship is the final one in this season, its results were able to surprise and please fans of athletics.

A new record of Uzbekistan in the 3000 meters hurdles in the U18 and U20 age categories was set by Dilshoda Usmanova, who ran the distance in 10:40.43 and improved her previous record by 0.06 seconds.

In the women’s high jump, Barno Saifullaeva won the first place. As part of the Open Championship, she set a personal best, taking a height of 1.83 m. And today she is the leader in her age category U18 on the Asian continent. Among men in the high jump, Amir Nagaev was the first with a score of 2.13 m, having fulfilled the standard of the master of sports.

The holding of the IV Open Championship of Central Asia in athletics was good preparation for the upcoming V Asian championship in athletics among boys and girls U18, which will be held in the spring of 2023 in Tashkent.