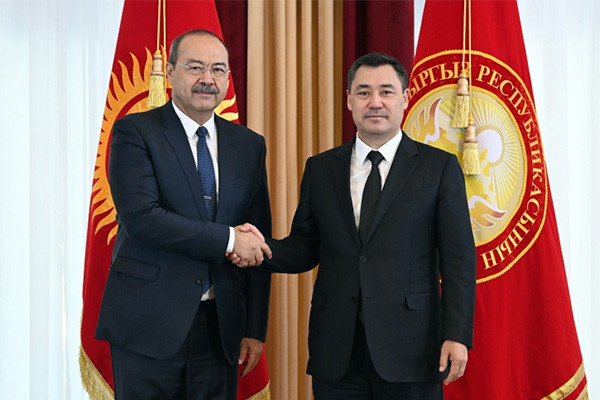 Sadyr Japarov expressed confidence that the outcome of the meeting would contribute to the speedy completion of the legal process to delimit the Kyrgyz-Uzbek state border in the interests of the people of the two countries.

The parties exchanged views on the further expansion and deepening of cooperation between Kyrgyzstan and Uzbekistan in political, trade, economic, cultural, humanitarian and other areas of mutual interest.

The parties discussed the upcoming state visit of the President of the Republic of Uzbekistan Shavkat Mirziyoyev to the Kyrgyz Republic, and also paid special attention to the implementation of joint plans and projects scheduled for the visit.