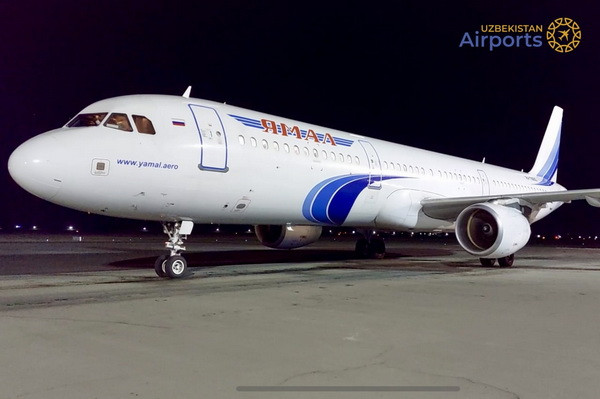 Tashkent, Uzbekistan (UzDaily.com) -- On 22 September at 23:10 local time, an Airbus A321 aircraft belonging to the Russian airline Yamal made its first flight to Urgench International Airport.

The aircraft, following the route Moscow-Urgench-Moscow, delivered 208 passengers. Traditionally, the plane was solemnly greeted with a water arch.

It is planned that regular flights from Moscow to Urgench will be operated twice a week - on Thursdays and Sundays.