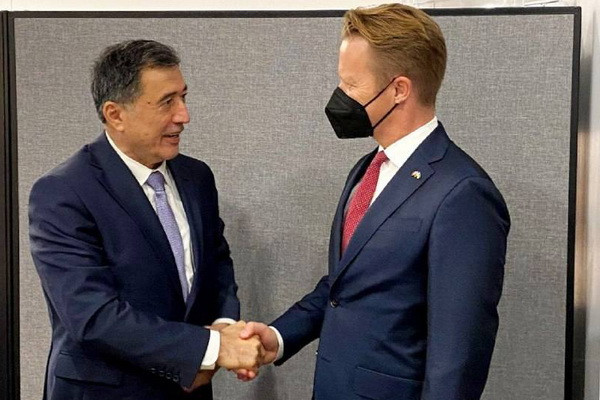 The parties stressed the importance of taking joint measures to intensify the political dialogue by organizing mutual visits and practical events. It was proposed to conclude a Protocol on cooperation and consultations between the Ministries of Foreign Affairs of Uzbekistan and Denmark.

Norov said that the Uzbek side welcomes the decision of the Government of Denmark to open an Honorary Consulate in Uzbekistan.

Tashkent and Copenhagen are ready to continue cooperation within the framework of the UN and other international institutions.

In order to create favorable conditions for trade and investment ties, the parties agreed to study the issues of organizing mutual visits of interested departments.

It was emphasized that the organization of trainings for students and internships for young researchers from Uzbekistan in leading Danish research institutes will contribute to the expansion of cooperation in the field of education and science.