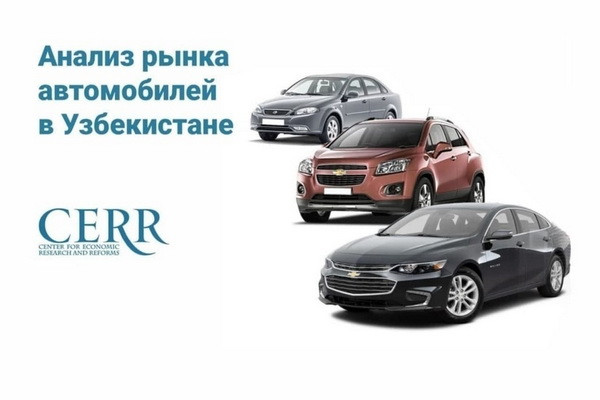 CERR assesses the activity in the car market of Uzbekistan. Significant growth in sales observed

CERR assesses the activity in the car market of Uzbekistan. Significant growth in sales observed

Tashkent, Uzbekistan (UzDaily.com) -- An analysis by the Center for Economic Research and Reform showed that in the current environment, demand for cars remains fairly stable, continuing the upward trend in activity that began in January this year. In August, increased interest in buying cars was noted, which is associated with fluctuations in exchange rates and an increased desire of consumers to invest money.

The Center for Economic Research and Reforms (CERR) regularly assesses the situation on the automotive market in Uzbekistan.

In August this year, the total number of vehicles sold amounted to 119.3 thousand, which is 16% more than in July.

Since the beginning of the year, a significant increase in vehicle sales has been noted in all regions of the country. In particular, the highest growth rates were recorded in Namangan - 44%, Kashkadarya - 34% and Jizzakh regions - 23%.

By the beginning of the year, the total number of cars owned by individuals amounted to 3.1 million, which is 0.28 million more than last year. Thus, there are an average of 87 cars per thousand permanent residents of Uzbekistan. According to statistics, every 12th inhabitant has a car in the country.

In August, 98 thousand vehicles were sold on the secondary market, which is 21% more than last month. At the same time, the secondary car market grew by 2.2 times over the year.

Sales of new passenger cars of domestic production in August amounted to 17 thousand, having decreased by 7.5% compared to July of this year. At the same time, compared to August 2021, sales increased by 1.8 times.

The number of sales of new cars of foreign production amounted to 1.8 thousand, having increased by 38% compared to the previous month, and compared to August last year, an increase of 1.8 times was noted.

Such a sharp increase in sales of foreign cars is explained by a decrease of customs duties on the import of imported cars from May 2022, which had an impact on the increase in sales, which in May-August this year. increased by 1.6 times compared to the same period last year.

Sales of local cars for this period also show stable growth, having increased by 1.4 times.