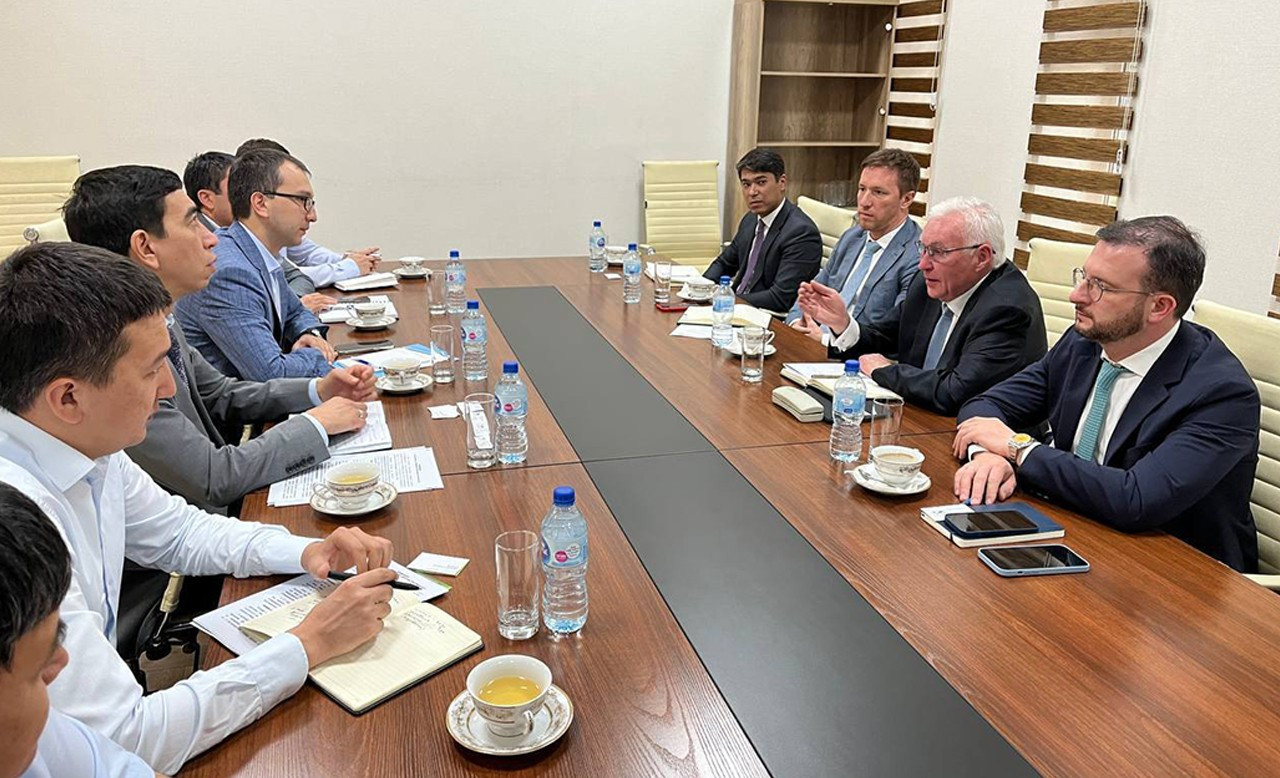 Tashkent, Uzbekistan (UzDaily.com) -- On 21 September, the First Deputy Chairman of the Board of JSC Uzbekneftegaz B. Usmanov met with the Executive Vice President-General Director of the Moscow branch of the consulting company DeGolyer and MacNaughton M. Vaiviarovski.

During the meeting, the prospects for cooperation between Uzbekneftegaz JSC and DeGolyer and MacNaughton on auditing hydrocarbon reserves were discussed.

It should be noted that DeGolyer and MacNaughton successfully completed an independent calculation and audit of oil and gas reserves for 2017-2020.

The executive vice president of the company, M. Vaiviarovsky, noted that within the framework of the previously signed agreement between Uzbekneftegaz JSC and DeGolyer and MacNaughton, training courses for specialists of Uzbekneftegaz JSC in the field of implementing a hydrocarbon resource management system (PRMS) were successfully organized.

At the same time, the possibilities of organizing new training courses on the PRMS system for specialists of Uzbekneftegaz JSC in 2023 were discussed.

As a result of the meeting, the parties outlined further steps for cooperation in this direction.