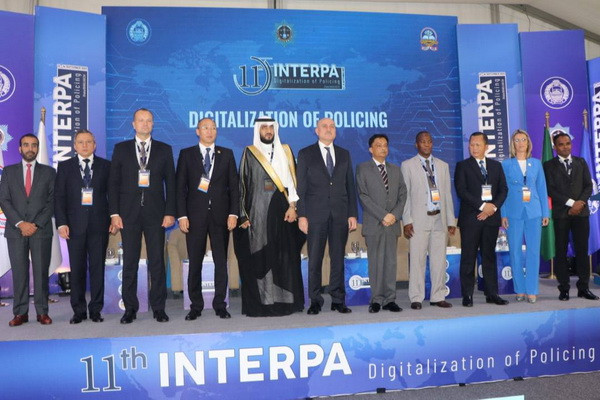 Tashkent, Uzbekistan (UzDaily.com) -- The 11th conference of the International Association of Police Academies (INTERPA) was held in Dhaka, the capital of Bangladesh. Topical issues were discussed at the conference, which was attended by representatives of educational institutions, international experts and specialists.

Speakers at the opening ceremony of the conference stated the consistent development of multilateral cooperation based on the principles of high trust and friendship. Especially at the present time, when the scale of modern threats is increasing, the need to expand mutually beneficial relations and jointly combat emerging threats was emphasized.

The conference discussed topical aspects of the digitalization of police activities, the effective use of information technology capabilities in the system, expanding the exchange of experience in the field of digital transformation, as well as the main tasks for the future in this regard. The participants listened to lectures on such topical topics as "Analysis of social networks in the police", "Issues of digitalization of the police and threat prevention", "The use of digital technologies in the police". The experts put forward a number of proposals and initiatives.

During the three-day conference, productive meetings were held between partner educational institutions. In particular, during the dialogue between the representatives of the Academy of the Ministry of Internal Affairs and the delegations of higher educational institutions of Bangladesh, Saudi Arabia, Singapore, Indonesia, Malaysia, India, Qatar, Azerbaijan and other countries, an exchange of views took place on creating a solid format for multilateral cooperation, introducing advanced approaches to digital technologies, effective use of innovative achievements in education, unification of practical efforts in the spirit of generally recognized principles.

The conference also included a meeting of the Executive Board of the Association of International Police Academies. At the meeting, summing up the results of the annual activities of the organization, a new composition of representatives of the governing body was elected. According to the voting results, Yilmaz Colak was re-elected to the post of President of the Association of International Police Academies, and the head of the Academy of the Ministry of Internal Affairs, R. Khatamov, was admitted to the Executive Council. Thus, for the first time among the six members of the council, a representative of the Republic of Uzbekistan took the place.