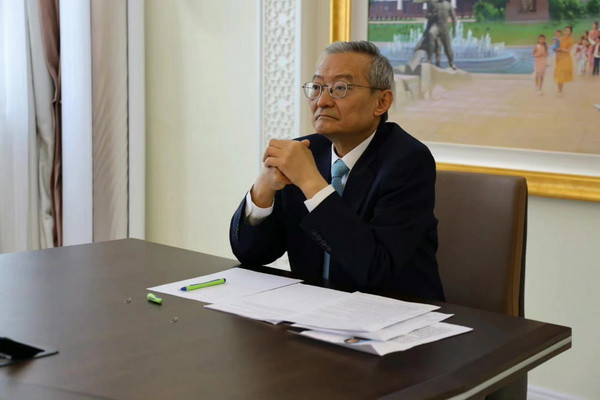 Tashkent, Uzbekistan (UzDaily.com) -- Kyrgyzstan and Tajikistan are SCO member states. Ensuring an environment of peace and stability, maintaining good neighborly and friendly relations between them is one of the important factors in maintaining peace and security in the region, the SCO Secretary General Zhang Ming said.

Zhang Ming noted that the SCO is making every effort to mitigate the situation and express condolences in connection with the loss of life.

As we can see, on 19 September, the parties signed a protocol aimed at a peaceful settlement of the conflict between the two countries.

Within the limits of the possibilities determined by the Charter of the Organization, the SCO organization intends to play an active role in strengthening ties between the two sides, properly resolving differences between them, maintaining peace and stability in the region.