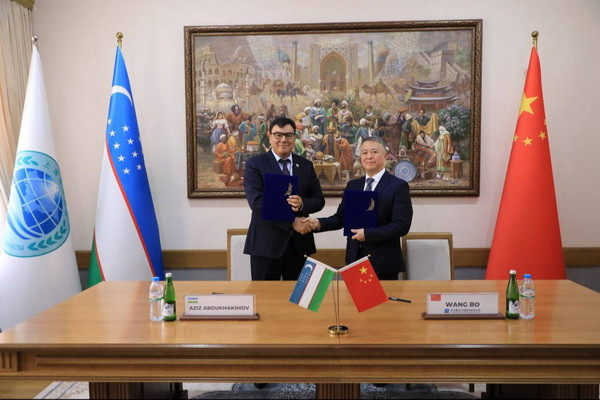 Tashkent, Uzbekistan (UzDaily.com) – CAMCE of China will build ropeways in Uzbekistan. A corresponding memorandum of cooperation was signed by the Ministry of Tourism and Cultural Heritage of the Republic of Uzbekistan and the Chinese Engineering Corporation CAMCE within the framework of the Summit of the Shanghai Cooperation Organization.

On 16 September, a ceremony of signing a memorandum of cooperation was held in Samarkand, which was attended by Deputy Prime Minister - Minister of Tourism and Cultural Heritage of the Republic of Uzbekistan Aziz Abdukhakimov and Chairman of the Board of Directors of China Engineering Corporation CAMCE JSC Wang Bo.

In a memorandum based on mutually beneficial cooperation and support of friendly relations in the field of tourism, the principles of equality and mutual respect, the parties agreed:

establish cooperation on the implementation of investment projects for the construction and operation of ropeways in the Republic of Uzbekistan;

attract experts to promote investment projects under the agreement;

send a group of specialists to select sites for the construction of ropeways and clarify the details of cooperation at the technical and financial level;

organize training in the management and operation of cable cars.

It should be noted that this memorandum will contribute to the further development of relations between the Republic of Uzbekistan and the People's Republic of China.

In addition, as part of the preparation of this agreement, representatives of the Chinese Engineering Corporation CAMCE visited Bostanlyk district of Tashkent region to study the infrastructure conditions of the region. During the visit, the delegation of the Chinese corporation expressed interest in the investment projects of the Directorate of the TRZ "Charvak", as well as in the construction of a cable car in Bostanlyk district.

China CAMC Engineering Co., Ltd. is a member of the China National Machinery Corporation (SINOMACH), a state-owned enterprise directly controlled by the central government of the PRC.

About 15 documents were signed between China and Uzbekistan within the framework of the SCO summit.