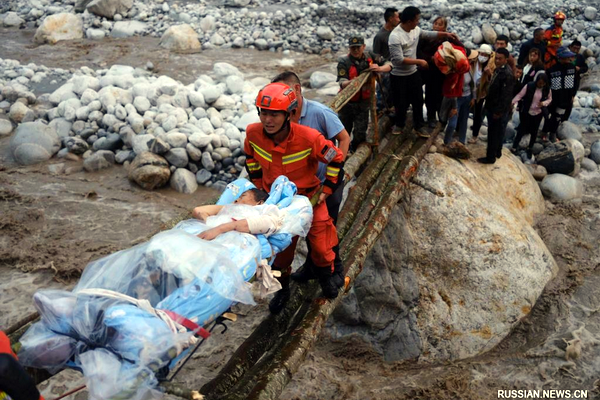 CHENGDU, Sept. 5 (Xinhua) -- Forty-six people have been killed in a 6.8-magnitude earthquake that jolted Luding County in southwest China’s Sichuan Province on Monday, local authorities said at a press briefing.

As of 8:30 p.m. Monday, 16 people were missing and over 50 injured, said Wang Feng, deputy director of the Sichuan provincial emergency management department.

Among the dead, 29 were from Ganzi Tibetan Autonomous Prefecture which administers Luding County, and the other 17 were from Ya’an City.

The earthquake relief headquarters of Ganzi has activated the highest level of emergency response for the earthquake.

The epicenter was monitored at 29.59 degrees north latitude and 102.08 degrees east longitude, at a depth of 16 km, the CENC said.

The epicenter is 39 km away from the county seat of Luding and there are several villages within the 5-km range around the epicenter.