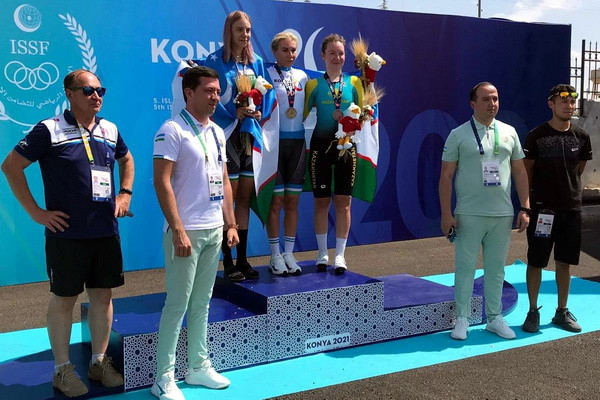 Tashkent, Uzbekistan (UzDaily.com) -- Today, on 11 August, the first day of the individual race on the highway started in the city of Konya (Turkey) as part of the 5th Islamic Solidarity Games.

In the individual race among men, a member of the Uzbekistan national cycling team Alexey Fomovsky recorded the third result and got a bronze medal. His result was 31:04.213. The first place went to the cyclist from Bahrain (30:18.997), the second place was taken by the representative of Kuwait (30:55.292).

A pleasant continuation of the sports championship was the races of our representatives of the women’s cycling team. Olga Zabelinskaya and Yanina Kuskova showed the best results - Zabelinskaya took gold, and Kuskova silver, Uzreport reports.

At the moment, the cycling team of Uzbekistan is leading in terms of the number of medals won for the common piggy bank of our country.