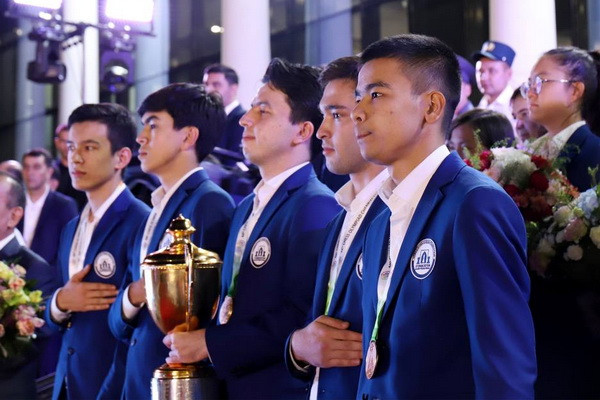 Tashkent, Uzbekistan (UzDaily.com) -- Early this morning at 03:00, a plane landed at the Tashkent airport, arriving from the Indian city of Chennai. On board of the plane were the Chairman of the Chess Federation Alisher Sadullayev and Uzbek chess players - winners, prize-winners and participants of the 44th World Chess Olympiad.

The chess players, thanks to whom Uzbekistan won the Chess Olympiad for the first time in history, were solemnly welcomed in the arrivals hall by relatives, friends, coaches, journalists and bloggers to the sounds of karnay and surnay. Prime Minister Abdulla Aripov also came to the airport to congratulate the victors of the world chess event.

The chess players were greeted with thunderous applause, wished them success in the upcoming tournaments, and were presented with flowers and valuable gifts.