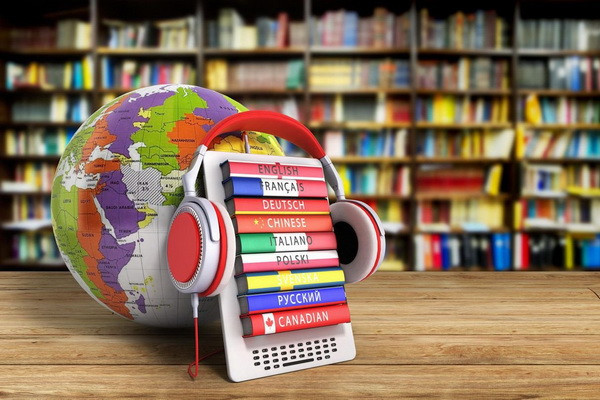 Tashkent, Uzbekistan (UzDaily.com) -- The final stage of the republican competition - the award of the President of the Republic of Uzbekistan "The Best School for Teaching Foreign Languages" was held on 3-5 August 2022 at the Smart Assessment Advanced Testing Center.

This championship was attended by 70 school students (5 people per team) and 14 mentors from 12 regions of the Republic of Uzbekistan, the Republic of Karakalpakstan and the city of Tashkent.

At this stage, the participants competed in the team standings to assess knowledge and skills in English. Knowledge was assessed using the Linguaskill test according to the methodology of Cambridge Assessment English (Great Britain).

“All participants of the competition, together with their teachers, will have the opportunity to visit the UK for two weeks to get to know the country whose language they are learning, as well as improve their skills,” commented Usmon Sharifkhojaev, First Deputy Minister of Public Education of the Republic of Uzbekistan.

“I want to emphasize that in the district and regional stages, schoolchildren took part in the competition in three languages: English, French and German. The participants competing in English reached the final stage. Every year, the number of languages studied will increase. The prize fund of our Olympiad as a whole is 54 billion soums. The government allocates such large sums to keep our children motivated. So that their knowledge is especially noted,” says Sanjar Obidov, director of the Agency for the Promotion of the Study of Foreign Languages under the Cabinet of Ministers of the Republic of Uzbekistan.

“We are sincerely glad and proud that our Foundation team is assisting in organizing such a large-scale and responsible championship! Such events are necessary to popularize young science and stimulate the growth of educated youth in the country. As we can see, huge resources are allocated and it is not only about finances, although even here you can be amazed at the prize fund of the competition (for reference: 1st place - 500.000.000 soums, 2nd place - 400.000.000 soums, 3rd place - 300.000.000 soums) but also human and infrastructural. This is a colossal organizational work to build the right filters and a funnel to identify the best, as well as their further development as professionals. I am sure that our youth will reach great heights and amaze with their intelligence and discoveries! We are ready to continue to provide full assistance in the work to improve the average score of young people!” - notes the director of the Ziyo Forum Foundation for the Development of Science and Education.

The winners of the competition were determined on 5 August 2022.

1st place was taken by a team from Tashkent, in particular, from 92 schools in Yunusabad district.

The 2nd place was taken by a team from the city of Bukhara, in particular, from 40 schools.

3rd place was taken by a team from the Tashkent region, in particular, from the 5th school of the city of Almalyk.

The regulation on the procedure for holding the competition "The Best School for Teaching Foreign Languages" for the President’s Award was approved by a government decree from 9 September 2021.

The competition was organized by the Ministry of Public Education of the Republic of Uzbekistan and the Agency for the Promotion of Foreign Languages under the Cabinet of Ministers with the assistance of the Ziyo Forum Science and Education Development Foundation.