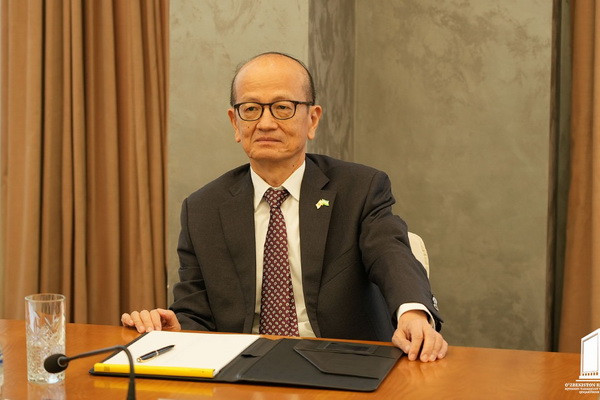 The meeting was attended by First Deputy Minister of Economic Development and Poverty Reduction Ilkhom Norkulov, Deputy Minister of Finance Odilbek Isakov and Director of the Department of Economic Diplomacy of the Ministry of Foreign Affairs Ashraf Khodjaev, as well as Head of the Economic Department of the Japanese Embassy in Uzbekistan Hidenori Yuguchi and First Deputy Director of the Japanese International Cooperation Agency (JICA) Yoshimasa Takemura.

During the meeting, the parties exchanged views on the large-scale economic reforms carried out in our country in recent years, mutual cooperation, in particular, in the field of budget support, the development of the service sector, support for social protection of the population, the transition to a "green economy", and the involvement of international consultants on issues of increasing labor efficiency in industrial enterprises.

Following the meeting, the parties agreed to develop bilateral relations and expand mutual cooperation on the above issues.