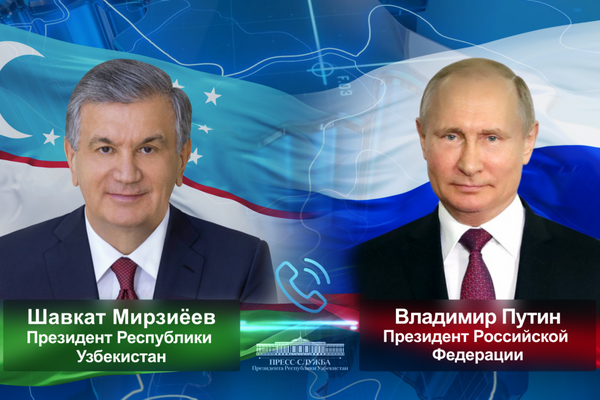 Presidents of Uzbekistan and Russia discuss situation in Karakalpakstan

Presidents of Uzbekistan and Russia discuss situation in Karakalpakstan

At the beginning of the conversation, the President of Russia expressed support for the decisive measures taken by the head of our state to stabilize the situation in Karakalpakstan.

Issues of further strengthening the Uzbek-Russian relations of strategic partnership and alliance, expanding multifaceted cooperation between the two countries were considered. Particular attention is paid to the practical implementation of the agreements reached during the summit meeting in Moscow last November.

The intensification of bilateral contacts and mutual exchanges was noted with satisfaction. Since the beginning of the year, the volume of mutual trade has grown by 35%. The implementation of major investment projects and programs of cultural and humanitarian cooperation continues.

An exchange of views on issues of the regional agenda also took place, a schedule of upcoming events was considered, including within the framework of the regular meeting of the Council of Heads of SCO Member States in the city of Samarkand.