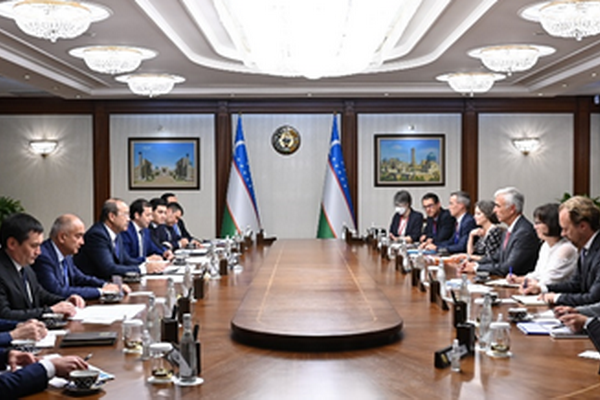 Prime Minister of Uzbekistan received a delegation of French entrepreneurs

Prime Minister of Uzbekistan received a delegation of French entrepreneurs

According to the press service of the Prime Minister, the meeting discussed the prospects for cooperation in trade, economic, investment, energy, transport, infrastructure and a number of other areas.

It was noted that France is one of the most important partners of Uzbekistan in Europe. Our countries are actively cooperating in many areas that are beneficial to both sides.

The official visit of the President of Uzbekistan Shavkat Mirziyoyev to France in 2018 opened a new page in the history of bilateral relations and brought them to a higher level.

Currently, about 50 enterprises with the participation of French capital are successfully operating in our country. Here we can cite as an example the activities of Suez, EDF, Airbus, Orano, Total and other companies.

During the meeting, the need was emphasized to reach specific agreements on the implementation of joint projects, as well as to develop long-term cooperation at a high pace.