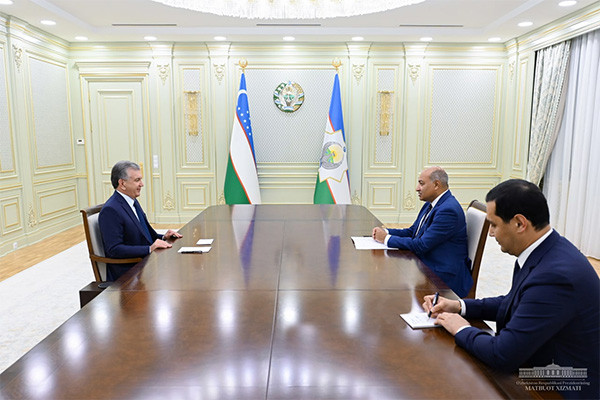 At the meeting, issues of further continuation and improvement of the effectiveness of economic reforms in Uzbekistan in the context of the implementation of the Development Strategy of New Uzbekistan for 2022-2026 were discussed.

Adviser Chakrabarti highly appreciated the large-scale program of socio-economic reforms being implemented under the leadership of the leader of Uzbekistan, including on modernizing and increasing the competitiveness of key sectors of the economy, transforming and digitalizing all spheres of society, improving the investment and business environment in the republic, and training a new generation of personnel.

It was noted that the constitutional reform launched in Uzbekistan, which is being implemented in full compliance with democratic principles and legal norms, on the basis of advanced national and international experience in constitutional construction, will contribute to bringing the transformations carried out in our country to a qualitatively new level.

Suma Chakrabarti expressed his readiness to continue to make every effort to assist the Government of Uzbekistan in finding and putting into practice new growth points.

Before his appointment as an adviser to the President of Uzbekistan, Suma Chakrabarti served as president of the European Bank for Reconstruction and Development for eight years.