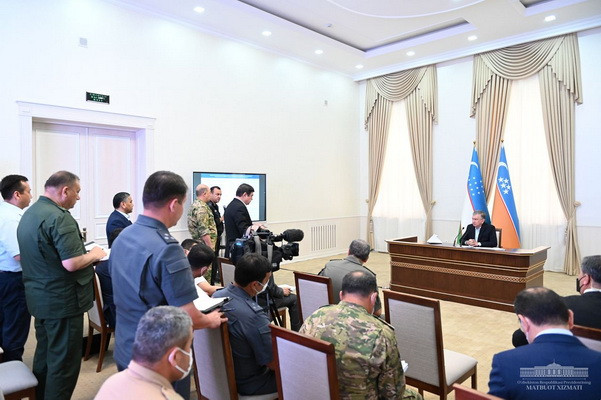 President Shavkat Mirziyoyev is in the city of Nukus

President Shavkat Mirziyoyev is in the city of Nukus

Tashkent, Uzbekistan (UzDaily.com) -- This morning, President of Uzbekistan Shavkat Mirziyoyev held a videoconference with a connection to all regions of Karakalpakstan. Khokims and heads of law enforcement agencies of the districts reported on the measures taken to ensure the safety of citizens, strengthen law and order.

It was noted that after yesterday’s address by the head of state, the situation has stabilized and is returning to normal. This was reported by the press secretary of the President Sherzod Asadov.