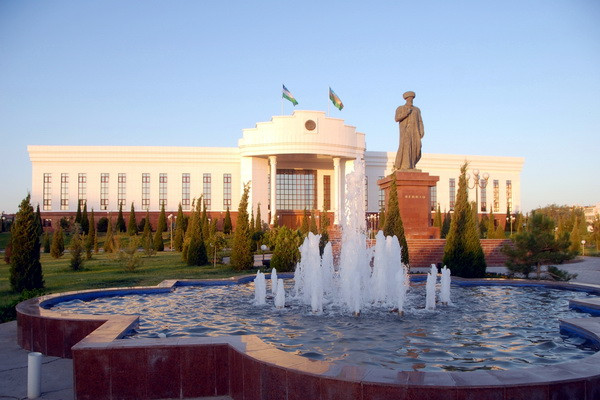 Tashkent, Uzbekistan (UzDaily.com) -- Despite the policy of openness and free expression of will pursued by the Republic of Uzbekistan, on 1 July 2022 in the city of Nukus a criminal group of persons organized illegal actions, expressed in an attempt to seize the state administration bodies of the Republic of Karakalpakstan.

Hiding behind populist slogans, manipulating the consciousness and trust of citizens, the organizers of the riots, not obeying the legitimate demands of the authorities, gathered the citizens of the republic on the square in front of the complex of administrative buildings of the Republic of Karakalpakstan.

Provocateurs, relying on the gathered citizens, made an attempt to seize these state institutions and thus split the society, destabilize the socio-political situation in Uzbekistan.

By decisive measures taken by law enforcement agencies, the illegal actions of the instigators were stopped, and attempts at mass riots were localized.

We responsibly declare that our state has the necessary potential to prevent further deterioration of the situation. A group of organizers of mass riots and people who actively resisted law enforcement agencies were detained. Now they are under investigation. All provocateurs will be identified and held accountable in accordance with applicable law.

Under these conditions, the attempts of certain unhealthy external forces from abroad to influence the development of the situation in Karakalpakstan, including through targeted information releases and distortion of current events, cause concern.

In the current situation, we call for joint action in ensuring public stability and security, preventing citizens from rash and illegal actions, and resolving issues that have arisen within the legal framework.

Jokargy Kenes of the Republic of Karakalpakstan

Council of Ministers of the Republic of Karakalpakstan

Ministry of Internal Affairs of the Republic of Karakalpakstan