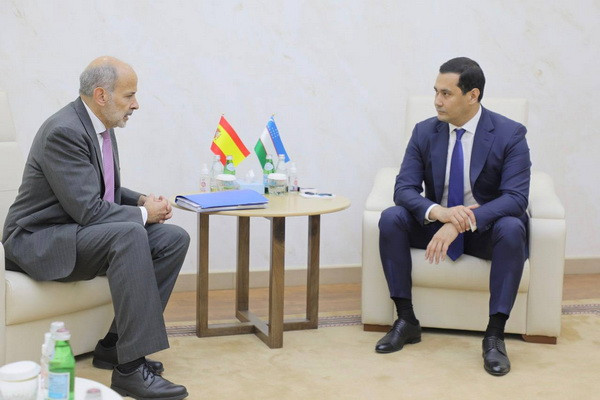 During the dialogue, the current state and prospects for intensifying investment, trade and economic cooperation between the two states were discussed.

Emphasizing the results of bilateral economic partnership, and this is a twofold increase in mutual trade and an almost twofold increase in the number of joint ventures in Uzbekistan observed over the past 5 years, the parties recognized the significant untapped potential for further expansion of cooperation.

In particular, there are great opportunities for the implementation of joint projects in agriculture, the textile industry, energy, infrastructure construction, and the production of building materials.

It was noted that in this vein, the Intergovernmental Commission on Trade and Economic Cooperation between the Republic of Uzbekistan and the Kingdom of Spain is an effective tool. The parties agreed to hold the first meeting of the Commission and the accompanying business forum in Tashkent in the near future.

As a result of the meeting, further steps were agreed to promote the discussed initiatives and areas of cooperation.