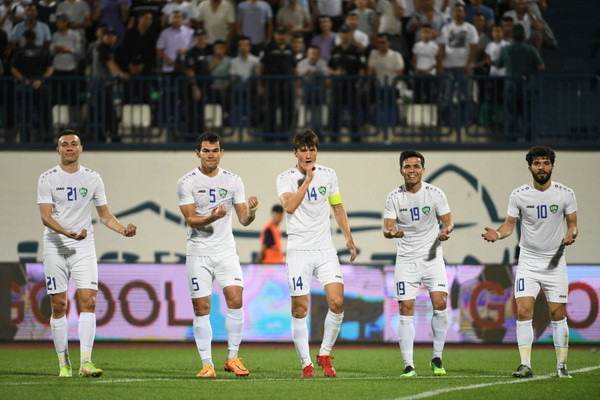 Tashkent, Uzbekistan (UzDaily.com) -- Uzbekistan secured their place in the AFC Asian Cup 2023™ as Group C winners of the Qualifiers with a 2-0 win against Thailand on Tuesday.

Jaloliddin Masharipov opened the scoring for Uzbekistan with Azizbek Turgunbayev sealing the win, which meant Uzbekistan topped the group with a maximum nine points, while Thailand - with two victories - also advanced as one of the five best runners-up.

Both teams had secured victories over Maldives and Sri Lanka respectively, with their places in the AFC Asian Cup 2023 Finals already confirmed prior to kick-off.

Uzbekistan opened the scoring in the eighth minute after captain Eldor Shomurodov waltzed his way inside Thailand’s six-yard-box before neatly laying the ball for Masharipov to slot home the opener.

The White Wolves doubled their advantage in spectacular style when Shomurodov did well to keep the ball in play on the right flank before finding an advancing Turgunbayev, who curled in a low effort past Thailand keeper Sivaruk Tedsungnoen in the 23rd minute.

Thailand, despite their best efforts, couldn't find a way back in the second half but it didn't matter as both teams can now look forward to the Continental showpiece.