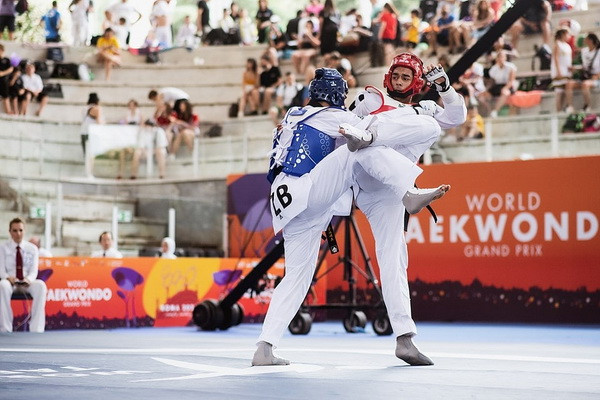 Tashkent, Uzbekistan (UzDaily.com) -- The first tournament of the current season of the Taekwondo Grand Prix series has ended in the capital of Italy. It is gratifying to note that the representative of the national team of Uzbekistan Shukhrat Salaev was among the winners.

In the weight category up to 80 kg, our compatriot first defeated the Jordanian Fahed Sbeikhi, in the second round, the Tokyo 2020 medalist, the Croat Tony Kanaeta, and in the quarterfinals, the Spaniard Daniel Barrera.

On the way to the final, Salaev was opposed by another winner of the Tokyo 2020 Olympic Games, the Egyptian Seif Eissa. Although the first period of time the Uzbek decided in his favor, in subsequent rounds the experienced opponent took over and made it to the decisive part of the tournament.

Thus, Shukhrat Salaev won the bronze medal. It is worth noting that this is his first award won at competitions of this rank. Unfortunately, two-time World Championship finalist Nikita Rafalovich, who competed in the same weight, could not overcome the qualification barrier.