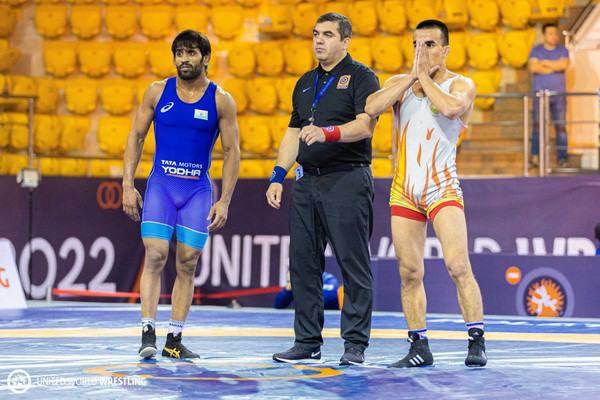 Uzbek wrestlers win 16 medals at the rating tournament in Kazakhstan

Uzbek wrestlers win 16 medals at the rating tournament in Kazakhstan

Tashkent, Uzbekistan (UzDaily.com) -- A rating tournament in wrestling has ended in the Kazakh city of Almaty. In these competitions, in which world and Olympic champions took part, representatives of the Uzbek team won 1 gold, 3 silver and 12 bronze medals.

It is worth noting that the competitions have opened up new names, and the winners of the Olympic Games, such as Ikhtiyor Navruzov and Bekzod Abdurakhmanov, were a little unlucky this year.

Up to 55 kg: Jasurbek Ortikbaev

Up to 60 kg: Muhammadkodir Yusupov

Up to 72 kg: Mahmud Bakhshilloev

Up to 97 kg: Rustam Assakalov