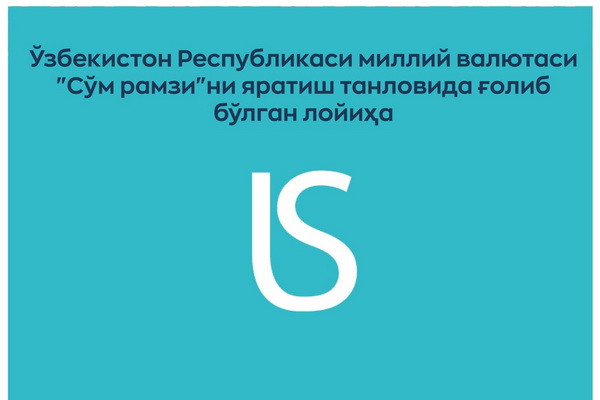 Tashkent, Uzbekistan (UzDaily.com) -- The competition for the development of the symbol of the national currency was held in two stages.

The qualifying stage was held by the Organizing Committee of the Competition and included:

pre-processing - consideration of each competitive project for compliance with technical requirements (a concept that reflects the full information and significance of the developed elements; a signed application; the presence of all documents in one application).

As a result, 508 creative projects were selected, then each of them was assigned an individual code to ensure confidentiality.

The final stage of the Competition included the evaluation of encrypted projects by representatives of the Central Bank, the National Institute of Arts and Design named after Kamoliddin Behzod and the Intellectual Property Agency.

The evaluation of projects by the members of the Competition Jury was carried out according to the following criteria:

- ease of graphic perception of the symbol in various formats.

As a result of the competition, the jury chose the graphic symbol developed by Zhumagaldiev Sarvar as the most creative project, which vividly expresses the uniqueness of the sign of the national currency of Uzbekistan - soum.