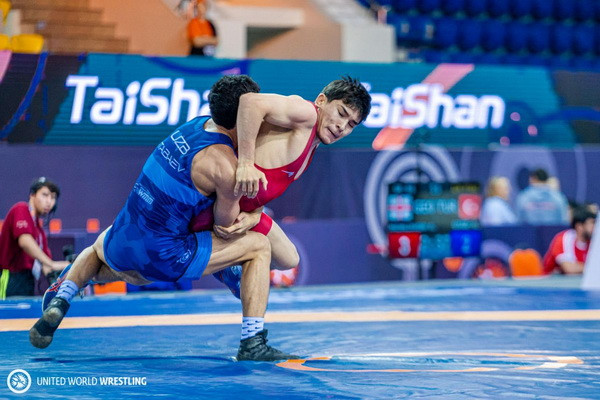 Tashkent, Uzbekistan (UzDaily.com) -- A rating tournament in freestyle, Greco-Roman and women’s wrestling has started in Almaty. As part of the first day of the tournament, classical wrestlers took to the carpet.

It is gratifying to note that the students of Ravshan Ruzikulov, following the results of uncompromising fights, won 1 gold and 4 bronze medals. Abror Ataboev, who performs in the weight category up to 67 kg, became the owner of the highest standard award. On his competitive path, he defeated the representatives of Kazakhstan, Iran, Georgia. Jasurbek Ortikboev, Muhammadkodir Yusupov, Jalgasbay Berdimuratov and Rustam Assakalov won bronze medals in their weight categories.