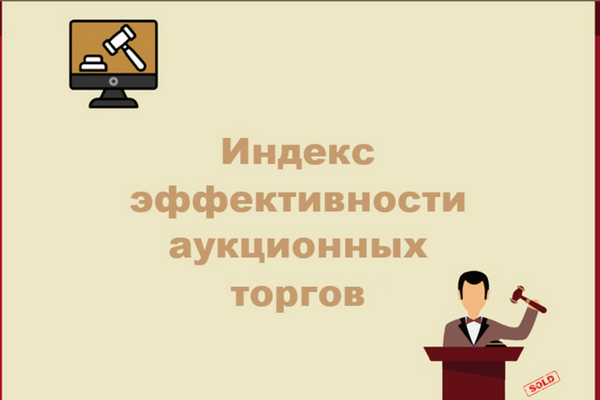 Tashkent, Uzbekistan (UzDaily.com) -- The Center for Economic Research and Reforms (CERR) conducted an analysis of public procurement on the Public Procurement Information Portal (xarid.uz) for the period January-March 2022. The results of the analysis showed a decrease in the auction efficiency index from the beginning year, which is associated with their transition from the old public procurement platform to the new one and the introduction of new rules.

From January to March 2022, 15,064 auctions worth 467.1 billion soums were held on the public procurement portal, of which 1,321 were budgetary and 516 corporate organizations.

In the regional context, 69% of the total auction lots were carried out by customers from three regions: Tashkent city (49% of the total volume of contracts concluded), Kashkadarya region (12%), Tashkent region (8.2%). At the same time, the average amount of contracts in these regions amounted to 48.9 million soums, which is 2.6 times higher than the average for other regions, in which this figure amounted to 19.1 million soums.

During the analysis of the auction, it was found that 56.5% of the lots (8,504 lots) were successfully completed. At the same time, only 11.3% (or 1,704 lots) were terminated, including 23.6% at the initiative of the customer and 71.4% at the initiative of the supplier. Lot cancellation indicators had a negative impact on the formation of the auction efficiency index.

The Auction Trading Performance Index (hereinafter referred to as the Index) is evaluated for each lot using seven criteria or sub-indices, such as contract amount, price reduction from the starting price, number of bidders, bidding status, product categories, as well as anomalies in data or suspicious purchases (where anomalies were found in the starting price and subsequent price cuts). Index values range from -7 to 7, where the worst performance is -7 and the best is 7.

Auction trading efficiency index from January 2022 to March this year began to decrease significantly from 2.04 to 1.63.

Compared to the corresponding period in 2021, the index value decreased by 25.5%, and compared to December 2021, the decrease was 36.2%, which is mainly due to a decrease in the percentage of successfully completed contracts from 75% to 50% and the introduction of new rules in the public procurement system.

In accordance with the Law of the Republic of Uzbekistan “On Public Procurement" from January 1, 2022, procedures for selecting the best offers and tender purchases are carried out without fail in electronic form. Thus, since 2022, all participants in public procurement have switched to a single information portal of public procurement " xarid.uzex.uz".

With the new criteria, new opportunities also appeared, for example, an increase in the amount of purchases in the e-shop and the creation of a new type of purchases "selection of the best offer" led to a decrease in the number of auctions held. At the same time, compared to the same period in 2021, the number of lots in the first quarter of 2022 decreased by 37%.

An analysis of the distribution of auction lots by contract value groups shows that the number of participants (suppliers) in the auction has also significantly changed its distribution. For example, in the I quarter. In 2022, about 77% of bidders participated in lots worth up to 10 million soums, compared to the previous year, this is by 11 p.p. more.

Each lot has its own status or state of execution of the contract, which changes during a certain time until the delivery of the goods. In total there are 8 types of statuses and each status has its own coefficients. This criterion is the main indicator in the formation of the index, since, based on the status of the contract, the index may have a negative value.

Lots with "Paid" status were 15% (shows the proportion of goods that are paid for, but not delivered to the customer) and were associated with difficulties in the procurement procedure, as some lots take longer to complete or terminate the contract.

According to the results of the study, a rating of customers who announced more than 5 lots (budget - 362, corporate customers - 260) was formed.

Among the budget customers, in the lower part of the rating were the Department of Preschool Education of Bukhara (362nd place, 100% of contracts terminated, a relatively high price reduction in 67% of auctions), the Employment Center of the Gulistan district (361st place) Andijan Regional Department of the Ministry for Tourism Development (360th place, relatively high price reduction in 93% of auctions), Center for Sanitary and Epidemiological Welfare and Public Health of Shurchinsky District (359th place, relatively high starting prices in 70% of auctions), Akhangaron State Forestry of Tashkent Region (358th place) and the Medical Association of the Angorsk region (357th place).