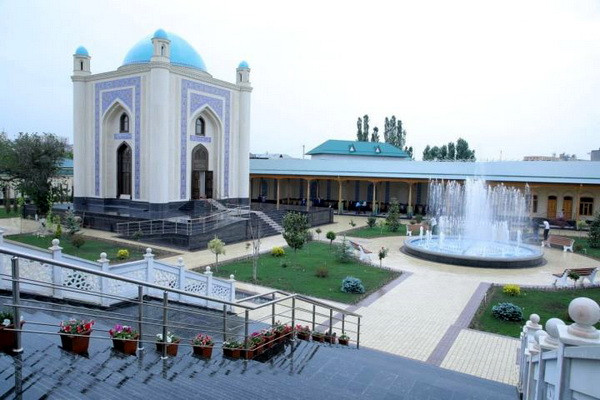 Tashkent, Uzbekistan (UzDaily.com) -- As part of a press tour organized by the Ministry of Tourism and Cultural Heritage, media journalists and bloggers visited the famous Namangan shrine Un Bir Ahmad.

The journalists got acquainted with the architectural objects of the region - the house of Kadyrhoja Eshon and the shrine "On Bir Ahmad".

Kadyrhoja Eshon is one of the great educators who lived 150 years ago and brought progressive technologies to our country (the first camera and much more). In order to turn the house into a tourist center of the Namangan region, the facility is being reconstructed. It was also decided to demolish two buildings built inside the site and next to the house, as they violate the convention on cultural heritage.

Namangan region has been famous for its rich history and holy springs since ancient times. Reconstruction and restoration of the famous Namangan shrine began in 2018. In the course of it, a number of works were carried out to give this blessed place a modern look, to create all the necessary conditions for tourists and pilgrims.

In September 2020, the creative process received a new impetus. Thanks to the painstaking work of dedicated builders, buildings and structures that fully comply with modern standards were erected in a short time. During their construction, national architectural traditions were widely used.

It should be noted that work on the study of the history of the shrine "Un bir Ahmad" will continue. The task of today’s generation is to study the invaluable heritage of our ancestors on a scientific basis, turn the monuments and pass them on to the next generations.

It should be noted that in our country special attention is paid to the preservation of historical monuments, the improvement of shrines. This is widely supported by our compatriots and the world community.